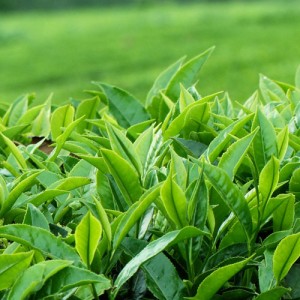 Silk Route Ceylon Merchants (PVT) Ltd, are the proud owners of the exclusive brand, “CEYLON KISSES” hailing from the lush, tropical island paradise of Sri Lanka. With its verdant forests and pristine beaches, this beautiful isle was renowned amongst the famous travelers of yore. The ancient Greek mariners called it Taprobane and the Arab traders called it Serendib – hence the word “serendipity”, meaning discovery by happy accident. The Legendary merchant traveler, Marco Polo, who introduced Asia to the Europeans, famously described the island as “undoubtedly the finest island of its size in the world”. This is a culturally rich and environmentally diverse country; with nine World Heritage Sites (the oldest dating back to the 3rd Century BC), 86 species of mammals (including elephants and leopards) and more than 400 bird species (including 26 endemic), a colourful array of flowering plants and trees, a Hill Country famous for tea, 14 National Parks out of 100 areas protected by the government and an Indian Ocean coastline boasting palm-fringed and sandy tropical beaches.

In the journey of being a familiar household name in the world, “CEYLON KISSES” enjoys an unique distinction. In Sri Lanka per se, the firm focuses mainly in the key areas of producing and exporting with a small quotient dedicated to retail. The thousands of passengers who stopover in Colombo en route to the Far East or Australia catch a fleeting glimpse of the importance of the company’s business with the business presence of a strong dedicated team of individuals who have the most distinguishing traits.

The company sources its teas from the best estates, which are at a high elevation and for the most part removed from the weather beaten tourist tracks; this is tantamount to producing its signature brand “CEYLON KISSES.”

We cater to the principles preferences and offer a very personalized service upon which the firm’s tea business is conducted by furnishing the consumer with the leaf direct from the estate. The company sources its teas from the best estates, which are at a high elevation and for the most part removed from the weather beaten tourist tracks; this is tantamount to producing its signature brand “CEYLON KISSES.” The principal tea gardens are in the provinces of UVA, Dimbula, Ruhuna, Nuwara Eliya & Kandy; glorious upland country elevations with dry, invigorating air, which is not only beneficial for the health but is exceptionally favorable for the production of tea of the highest quality.

Silk Route Ceylon Merchants (Pvt) Ltd is an organization registered under the following regularity bodies of the Democratic Socialist Republic of Sri Lanka.